One decision that should not be split when visiting Croatia is the choice to visit the city of Split. It tends to be less popular than Croatia’s other most known city, Dubrovnik (click to see my review), but it shouldn’t be. It’s an equally beautiful city, and one that actually has more to offer. In Split, you still have a historic walled city like Dubrovnik, but you have a bustling metropolis too. It’s situated right on the sea, has incredible restaurants, lots of unique shops, beautiful parks and plenty of history. It’s a city with something to for everyone.

The walled city, otherwise known as Diocletian’s Palace was built around 600 as a palace for the Roman Emperor, Diocletian. The size of it boggles the mind, even today. (It’s massive). Thinking that one Emperor had the whole place created as a retreat for himself is pretty remarkable. It seems like he might have been a pretty important guy, or so he thought. Walls however didn’t come into the picture until Split became a Venetian territory in the 1400’s. Today, the area is a busy port city. Because of it’s age, mixed in with new modernism are plenty of ancient wonders. 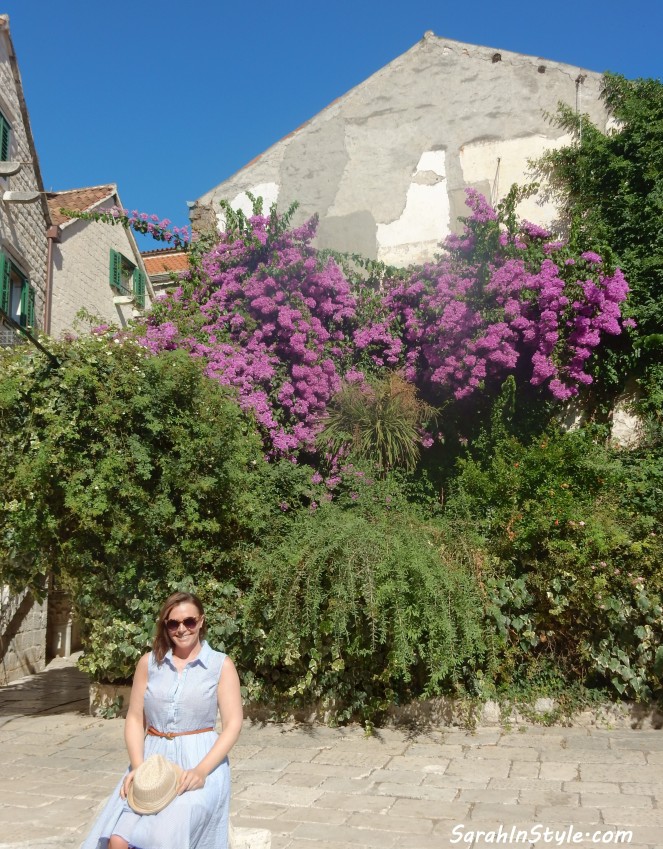 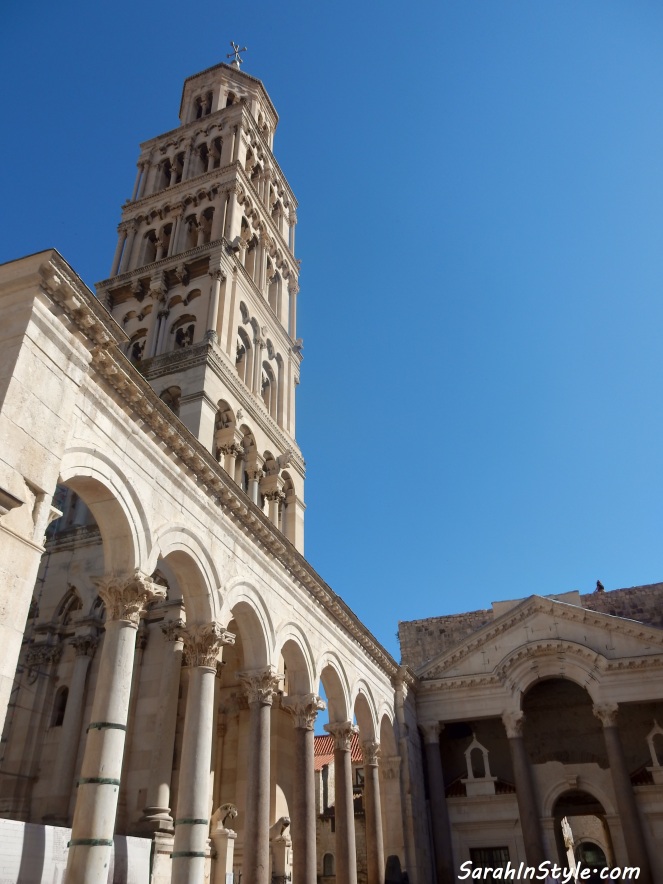 It’s amazing what you can cram into less than 48 hours in one place when you’re on vacation, which is the amount of time I had in Split. You can definitely see a lot if you try! Since most of the touristy stuff falls in or around the Palace, you can pretty much walk everywhere, and see a lot while doing so. It’s quite a peaceful place to stroll around (thanks to a no cars allowed policy), wandering from shop to shop, or bar to bar, whichever you prefer.

Getting Around: Split has an international airport, so it’s a good starting or stopping point on your journey through Croatia. It happened to be my last stop in the country, so I came into town via the Jadrolinija ferry. Split has Uber service, and actually offers very cheap rides, so this was the best way to get from the ferry to the hotel, and then to the airport at the end of the trip. Other than these few rides, walking was the way to go.

What To Do: As I mentioned, there is something here for everyone! From historic sites to toad museums (yes, it’s a real thing), Split has it all. Below is what I recommend.

Where To Stay: Hotels and Airbnb’s seem to fill up quite quickly in Split in the summer months. My recommendation is to book as early as you can. I also recommend staying near old town but outside of the walls. No one wants to cart luggage through the cobblestones, am I right? In Split, I chose to stay a hostel-like hotel. I have not stayed in a hostel before, but was told this was like the grown up, cleaner version of one (from some Irish backpackers I met in the lobby).  The hotel, Split Urban Rooms, was just a block from old town, had luggage storage for before and after check out, was very clean and had big rooms, plus it was really well priced. (We had a room without an exterior window, and it was fine. It had plenty of light and since we were only in it to sleep, we didn’t even notice. It did have a window to the lobby, which helped!) The Cornaro, nearby, also seemed like a great option.

Where To Eat: You can eat any type of food you want in Split! There are more restaurants than one could count, with cuisines from all over the world. There are a lot of healthy options too. Sometimes the best way to find a place to eat is to just walk and see what restaurant catches your eye. It’s also always helpful to get recommendations from locals, so I asked the front desk associate at the hotel and was more than happy with her suggestions. So, if you want to go in with a food plan, I recommend…

Below are couple maps I hope will help you easily find your way in Split. My restaurant picks are the first map, followed by the main points of interest on the second map.

What do you say, don’t you think it’s time to Split?!

(P.S. I recommend buying the DK EYEWITNESS Croatia travel book. It has great maps, details everything to see within the palace and recommends good hotels and restaurants.)

Sarah Meyer is the founder of Sarah In Style. She is a training consultant by day, and a fashion and lifestyle blogger by night. Sarah In Style was founded as a way for Sarah to showcase her real passions in life… FASHION, DESIGN and TRAVEL. She also shares her interests in cooking, beauty and more.