To quote one of cinema’s best masterpieces, “A lot of spooky things happened here.” That here is Salem, Massachusetts and that masterpiece is Hocus Pocus. Okay, it’s subjective, as I realize Siskell & Ebert may not have given it two thumbs up, but it’s a classic that still captivates audiences 26 years after it was made. It’s also subjective when you say a lot of spooky things happened in Salem. Prior to visiting, I would have imagined this must be true, from all I have heard about it. But, after taking an amazing walking tour (I HIGHLY recommend Bewitched After Dark), I learned spooky isn’t really the right word to describe this historic town.

The history of Salem is more than witches, which is what we all know it for. It’s a place where early settlers made their homes, it’s a place where our initial leaders of the country visited, and it’s a place that claimed lives of many innocent people, convicted of being witches. It all started with a small group of girls (teenagers – not much has changed there!) who started acting oddly, and blamed their housekeeper Titiba of witchcraft. While Titiba never denied it, many others were accused, who claimed they were innocent. While hundreds were dying after being accused in England, here in the U.S. we lost 20 people in Salem alone – 19 to hanging and 1 to pressing (Google that one, it was pretty horrific to hear about). In Salem today, you can learn all about why people were accused, the horrible conditions they were put into while waiting for their trials and their sad endings. But, over 300 years of research also teaches us about the possibilities of why those girls initially started acting out, and how we can be more inclusive of people today – a message that rings true even 300+ years later. 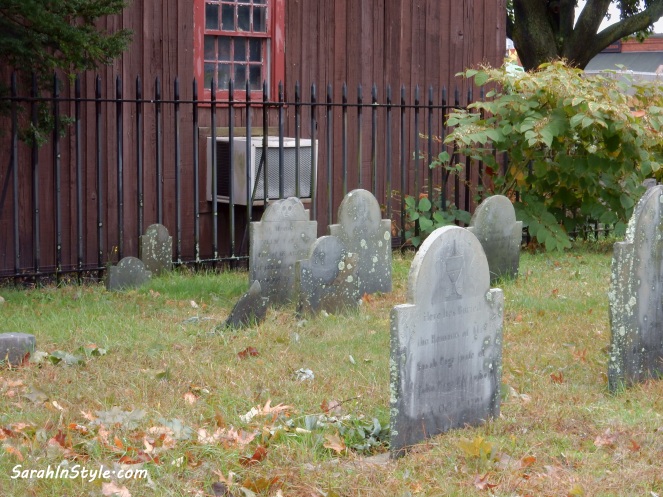 While I still like to think witchcraft actually happened in Salem, I don’t think it was bad. Unlike the Sanderson sisters from my favorite movie, Hocus Pocus, I don’t think the witches of the 1600’s were trying to suck the lives out of little children. The spookiness is more like mysterious-ness, and one BIG reason I loved learning about the history of Salem and exploring it. It was especially fun to be there in October, the biggest month of the year for this Halloween inspiring town. It’s an adorable town full of New England charm. It’s walk-able and there is lots to do. Here are my recommendations for Salem…

Where to Stay: Without a doubt, The Merchant is where you need to stay in Salem. This is quite possibly my favorite hotel I have stayed in. (And there have been MANY.) Why I chose it might make you laugh, but as I was looking for hotels in Salem, it looked like the most renovated and least spooky. I wanted to avoid ghostly figures in my room. Come to find out, it’s apparently a haunted spot – but thankfully no tricks occurred in my room. Treats however did! This is a boutique hotel, with only 9 rooms, so they make you feel incredibly welcome from the minute you ring the front bell. There was a stocked kitchen, a handwritten note with chocolates in my room, and the most gorgeous décor ever! Plus, you get an actual key, not one of the plastic cards you receive at all other hotels. It just felt quaint and perfect for Salem! Bonus – they have a continental tapas style breakfast included in the price of your room. A second bonus – George Washington has stayed in the building. Yes, the 1st president! It was obviously years before Lark Hotels opened The Merchant in 2015, but knowing he walked through the old home and slept in one of the rooms is pretty incredible. 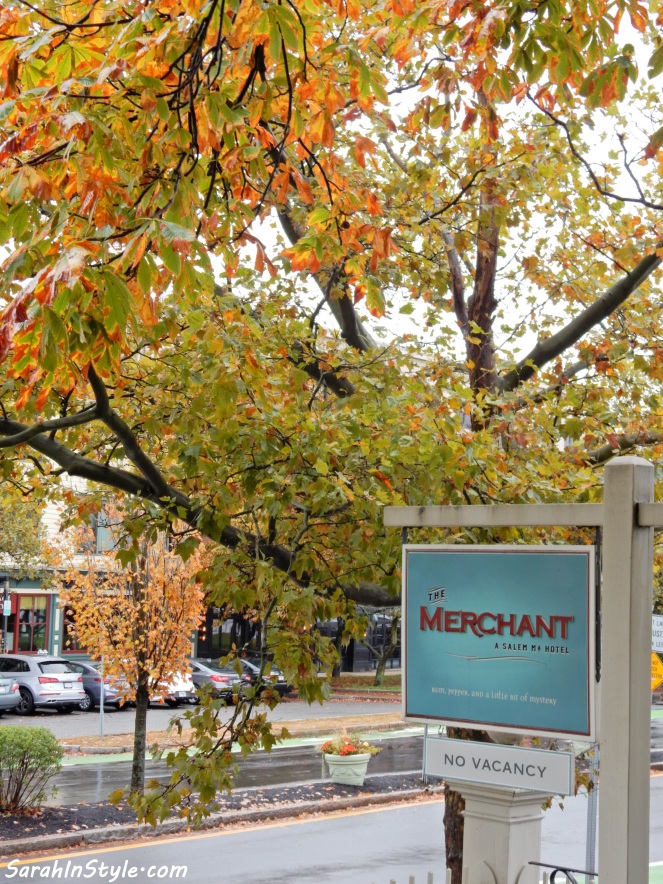 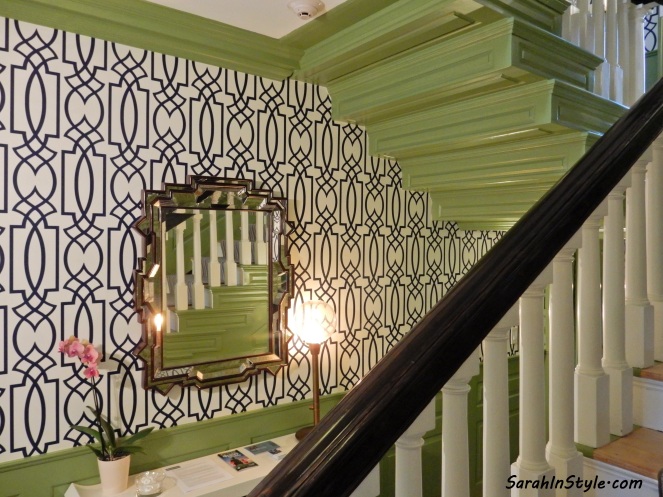 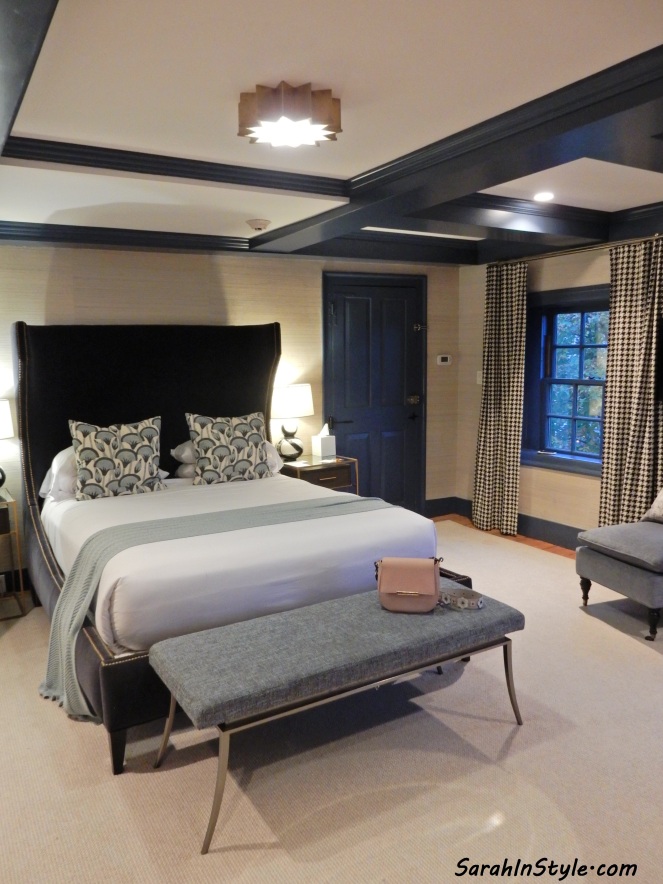 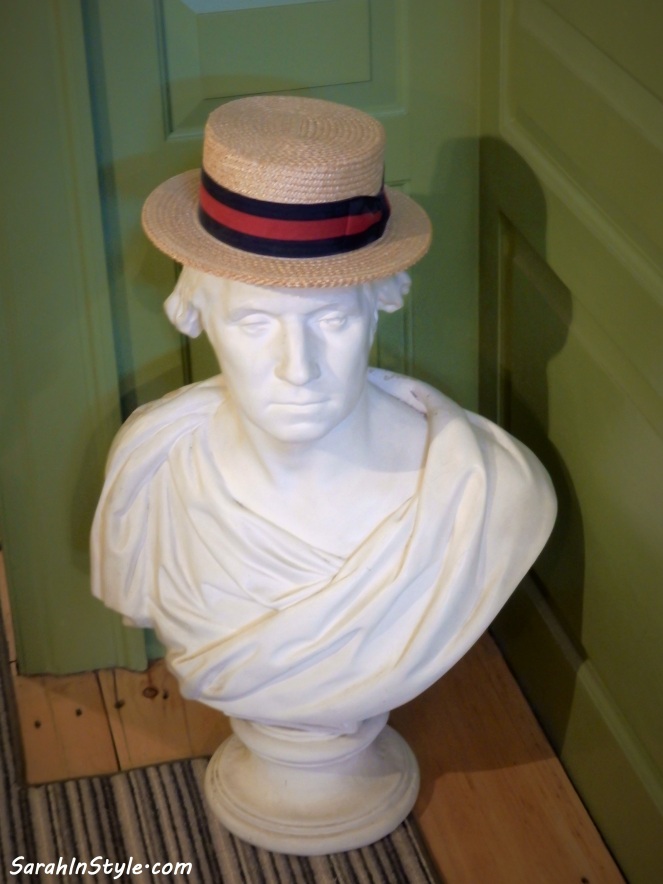 Where to Eat: I was in town less than 48 hours, so didn’t get to try many restaurants, but a few I can recommend are Ledger and Turner’s Seafood. Ledger is a modern restaurant in an old bank building. The kitchen backdrop is the bank vault. They have a wide mix of eclectic cocktails, draft beer and wine, plus a seasonal food menu. Turner’s Seafood is known as one of the best seafood restaurants in New England. Their location in Salem is their second location, but the food is first if you ask me. I sat at the bar and had a wonderful meal and a great chat with Aaron the bartender. It was another spot, like The Merchant, where I felt welcomed from the moment I walked in. Everything coming out of the kitchen looked amazing, and I can attest to the fact that they have the most delicious lobster bisque, which is a must while visiting the East Coast. (And an added bonus, you will be in the same building where the first working telephone was presented by Alexander Graham Bell. That’s right, it’s the exact building where he presented the telephone!) If you need a sweet treat after a meal, Melt Ice Cream is a place to add to your checklist. I had the vegan chocolate ice cream, which was creamy and delicious, even without the dairy. They have unique flavors to fit any palate.

How to Get There: If you are coming from Boston, I recommend taking the MTBA commuter train. I left from North Station in Boston, and it cost only $8 to ride about 30 minutes to Salem. My hotel (The Merchant) was about 5 blocks from the train station, so once I arrived it was easy to get to. (As I said, Salem is a very walk-able town.) Apparently traffic into Salem is hectic in October, sometimes taking hours to get to from Boston, even though it’s only 16 miles away. The train was stress free! At the end of my trip, I took an Uber from Salem to the airport, and it was quick and cheap, likely because I was flying in the middle of the day, in the middle of the week, avoiding high traffic times.

Whether you get to experience Salem in peak season, to celebrate Haunted Happenings, or you go another time, you are in for a real treat, and maybe some tricks too! 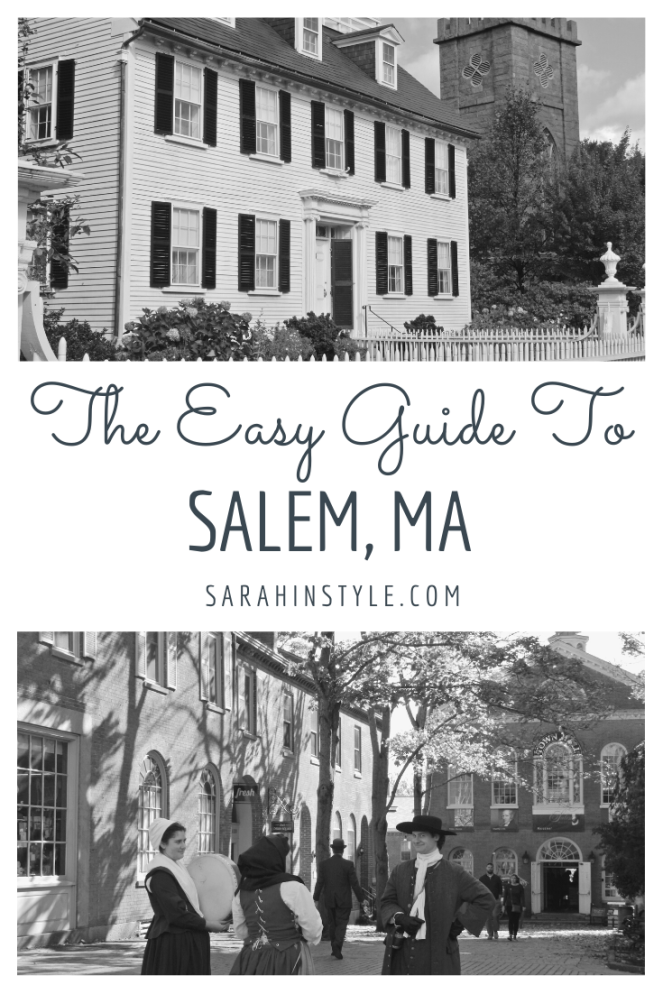 10 thoughts on “It’s Just A Bunch Of Hocus Pocus: A Guide To Salem, MA”